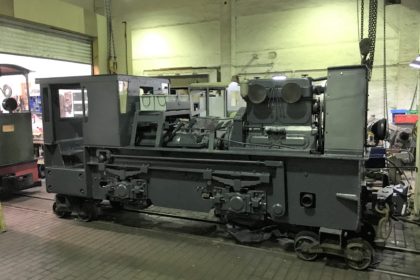 During the trip to Hel you will see HF50B Petera Erka Engine, which can also be seen at the main part of the Rally.

HF50B Engine has a 50 kM diesel engine. Due to its construction it was also called ‘the empty engine’. In 1942 it was entered under KML4 in the list of military engine, as a 60-KM engine. It was also manufactured after the War between 1941-1958. 600 engines of this type were manufactured. They were made as 600 mm and 750 mm gauge by Deutz, Diema, Gmeinder, Orenstein & Koppel, Schöma i Windhoff. HF50B was also manufactured in Spain, under a licence by, Metalúrgica de San Martin (MSM).